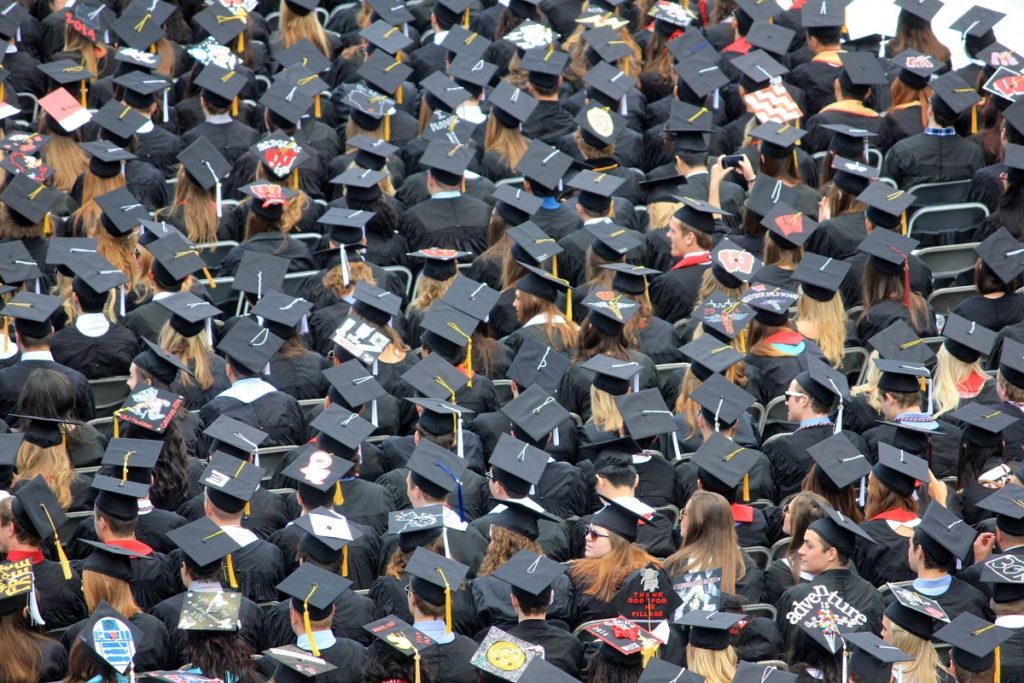 Yes, Steve Jobs Was a Dropout. No, You Shouldn’t Drop Out

Whenever students have a desire to drop out and end their studies, they’re always quick to point out that not all model students end up with high-paying jobs. They also like pointing out dropouts that became successful people later in life.

To name a few, you have Bill Gates, who dropped out of Harvard, founded Microsoft, and is now one of the wealthiest men in the world. Walt Disney dropped out of high school at 16 and now The Walt Disney Company has a net worth of roughly $130 billion dollars.

But the most popular dropout success story probably has to be from the late Steve Jobs. Nearly everyone around the world knows Steve Jobs as the co-founder of Apple Inc., his success so massive that no one really thinks of him as a college dropout.

Most people know Steve Jobs’ dropout story by now. However, the story actually goes back as far as Jobs’ birth. This is all based on the book The Bite in the Apple: A Memoir of My Life with Steve Jobs by Chrisann Brennan and Steve Jobs’ own biographer.

Steve Jobs’ biological parents were Abdulfattah Jandali and Joanne Schieble. Joanne was from a Catholic family whose parents did not approve of her dating a Muslim person, so when she became pregnant, she abandoned him and never told him about his son. She gave birth to Jobs in February 1955 and had planned to give him away to a wealthy Catholic couple, but the couple changed their mind. Jobs was then placed with Paul and Clara Jobs, but Joanne refused to sign the adoption papers because they weren’t as well-educated or wealthy as the original couple. She only agreed after the couple promised they would pay for Jobs’ college education.

Fast forward to 1972. Jobs insisted on enrolling at Reed College, a private liberal arts college in Portland, Oregon. Although his adoptive parents could barely afford the tuition of that expensive school, they relented. This was possibly due to their promise to his biological mother.

During his time there, he met several famous intellectuals and personalities. However, after one semester, he dropped out without telling his parents. He explained that he did not want his parents to spend money on an education he thought was meaningless. However, he continued to stay within the area, auditing classes including a calligraphy class he later claimed was the reason the Mac had multiple facetypes.

Despite this, he would later go on to co-found the Apple, Inc. Today, Apple’s net worth is estimated at $1.3 trillion.

Steve Jobs Dropped Out, Here’s Why You Shouldn’t

Plenty of students take the wrong lesson from this story. Some use this to justify that they match Steve Jobs’ level of success after they drop out. Because of this, more and more young people are choosing to drop out of college or not attend college at all. Some would even go so far as to dropping out of high school.

There’s a growing trend of people choosing to overlook a college education. And given the current state of things, it’s understandable. Students who take on student loans graduate with around $28,650 in debt. And on top of living expenses like rent, food, and transportation, paying student loans can take up to a decade on average.

There’s also a growth in terms of possible modes of income that don’t require a college degree. Business owners can start up a business without a college degree. Many freelancing jobs don’t require one. And in the age where “influencer,” “YouTuber,” and “Twitch streamer” can be a lucrative job in terms of marketing, advertising, or just by having Patreon account and some very generous viewers, it’s easy to see why the downsides of getting a college degree are pushing more people away.

But just because the likes of Steve Jobs and Bill Gates found massive success without a college degree does not guarantee that everyone who drops out of college will be just as successful. In fact, there are several reasons against choosing to drop out.

Passion Is Not Enough

Let’s say that the fact that PewDiePie gaining a net worth of $30 million just by uploading Let’s Play videos on YouTube is enough to inspire you to drop out of college. In fact, PewDiePie himself was also a college dropout, leaving Chalmers University of Technology in 2011 because he wasn’t interested in his course of study. You might think a lucrative future as a gaming YouTuber is possible because you’re very passionate about video games.

Passion, however, is not enough. Even PewDiePie says it himself: leaving university to pursue a career as a YouTuber is “fucking stupid.”

In his TED talk, economics professor Larry Smith talks about the importance of following your passion. But note that he never says that passion is enough. He never states that passion alone can instantly lead to success.

Many successful people like PewDiePie and Steve Jobs have left college to pursue their own passing, but it actually takes more than that to be successful. Sure, there are people like them who succeeded. But for every Steve Jobs that left a college to find a successful future, there’s a thousand like them who regret their decisions of leaving a college education. It’s a fallacy of survivor bias: people will look at the successful ones who had their skills, networking, and luck to get them where they are and say that this applies to everyone, willfully ignoring those who did the same but did not have the same advantages.

The Risk May Be Too Big for Some

A few college dropouts have managed to leave school, start their own business, and get it thriving within the first year. What some of them won’t tell you, however, is that some business start-ups have a higher risk for founders than others.

For instance, if a person from a middle-class family dropped out of college to start their own business with either their own savings or took out a loan from a bank. The business fails despite the owner putting everything they have into it, and now they’re heavily in debt, unable to get a higher-paying job usually given to college graduates, and has to sell most or all of their assets and spend the next few years paying off debt.

Now, what if a college dropout came from a wealthier family? They wouldn’t need to take out a loan from a bank because they could have gotten a loan from their own parents. If the business fails despite their best efforts, it’s they are indebted to their parents (who can simply choose to forgive the loan unlike a business that requires collateral or some form of payment) and they’re free to find a different outlet.

This is on top of how much you’ve already spent on college. And when you consider that the average salary of a high school graduate (around $30,000) is much lower than the average salary of college graduates (around $45,000), you realize you’re putting a lot on the line to leave college to pursue a different career.

You Might Not Have the Skills (Or the Luck)

Yes, Steve Jobs left college and went on to own one of the biggest tech companies to date. But he had been dabbling in electronics and engineering from a young age. Ellen DeGeneres dropped out of college after a semester, but she wouldn’t be as rich and famous as she is today if it wasn’t for her charisma and hard work. And Wolfgang Puck wouldn’t have become a successful chef after leaving school at the age of 14 if he didn’t spend years working as a cooking apprentice.

And like bad students who made it successful despite their academic and behavioral history, these people’s circumstances are a mixture of skill, luck, and connections. You can’t expect to get the same success as Steve Jobs if you don’t have these or are unwilling to work to have these to achieve your success.

The story of Steve Jobs’ dropout and eventual success has become popular among students. But to believe that every college dropout’s story is going to end up the same way is a fallacious way of thinking. If you’re not willing to accept the risks of dropping out and are not equipped with the skills to turn your passion into a lucrative career, then the safest bet is to stay in college. At least with a college degree, should your venture fail, you have a fallback that will allow you to seek a wider pool of job opportunities.

Facebook
Twitter
LinkedIn
PrevPreviousWhy Should I Join a Sorority in College?
NextSleeping Students? Here’s Why You Should Cut Them Some SlackNext