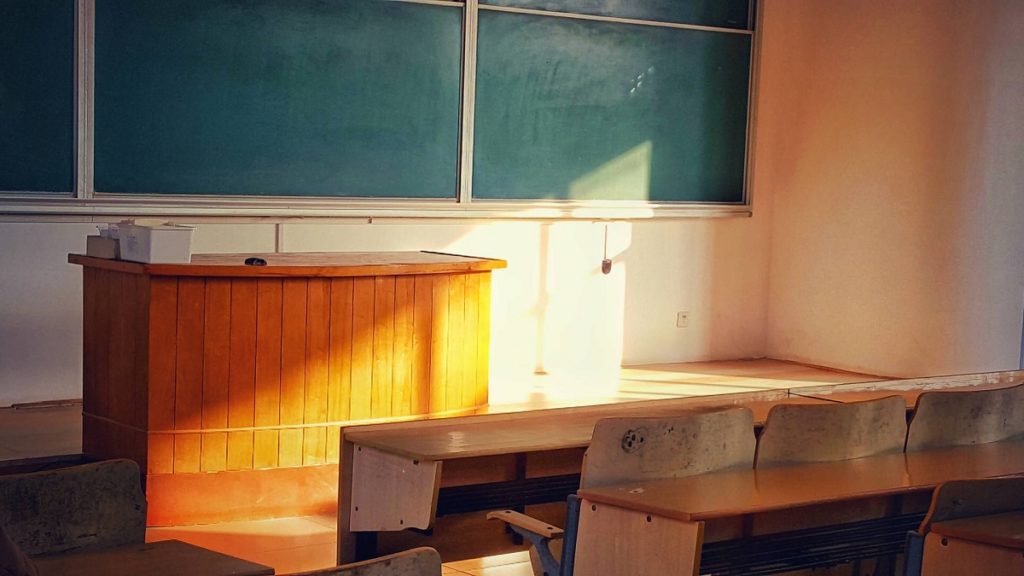 “Who Taught the First Teacher?” And Other Meta Questions People Ask

Who was the first teacher? Did they have schools back in medieval times? What was the first textbook? Sometimes, students have some of the weirdest, thought-provoking questions, so we collected some of them and tried our best to answer them!

Who Taught the First Teacher?

A popular ‘philosophical’ question for students, the idea that the first teacher must have been taught by someone or something is a prevalent concept. And it makes sense: everyone learned from somebody, right? Aristotle was taught by Plato, Plato was taught by Socrates, Socrates was taught by a man named Prodikos, and Prodikos was for sure taught by some unknown Greek philosopher.

But what about the first, ever teacher? Well, while we may never know who the first real ‘teacher’ was, we could infer that the person who taught the first teacher was himself a self-learned academic and/or philosopher of some sort, sharing his or her knowledge to an eager proto-student, who would go on to teach his or her own proto-students, until they were able to shamble together a proto-curriculum, and over time, were able to produce great minds who would teach Prodikos, who would teach Socrates, and so on, and so forth.

Of course, if we were to believe Greek mythology, it was the god Chiron who taught the first teacher, seeing as that the centaur was known for his abilities to impart knowledge. In fact, most mythologies answer the question who taught the first teacher by providing some form of god or goddess of knowledge as the source of the first school lesson, which must be a lot of pressure if you’re a model student gunning for top marks!

We have an idea of who invented college, but who invented the concept of a ‘school’ in the first place? Well, that depends on your concept of what a ‘school’ is: if you mean school as in a collection of eager young minds learning from a teacher, then we can, again, look to the Greeks. It was Plato who invented a type of school called the Academy, named after the mythical hero Akademos, and is a term we still use today for institutions that offer lessons and courses on specific subjects in the hopes of expanding a person’s mindset and knowledge base (Plato would be proud!).

But if you want someone to blame for all the times you had to wake up early to catch the bus, then look further than Horace Mann. Good ol’ Horace is credited for creating the modern American educational system during his stint as Secretary of Education back in 1838 when he outlined his ideas for a ‘modern’ educational curriculum in his Common School Journal. From there, states took notice and started applying a lot of Mann’s ideas, like how education must be a public industry (meaning taxes should be used for it) and that all Americans, regardless of age, creeds, or colors, should be given access to education. He didn’t suggest that schools should start early, though, you’ll have to blame your local school boards for that (it’s usually because of deferring transportation costs or some other fiscal reason)!

What Was the First Textbook?

Again, it was the Ancient Greeks (and also, the Ancient Egyptians) who first thought of the idea of creating textbooks that students can all learn from. Plato and other philosophers of his time would write down their, well, philosophies in long scrolls and pass it on from student to student. It wasn’t until the invention of the printing press by Johannes Gutenberg that mass production of books became possible, and with it, the mass production of textbooks. One of the first textbooks to be mass produced and distributed was Ars Minor, a book on basic latin grammar written by Aelius Donatus.

In America, the first textbooks to be used were the Bible, since education was primarily religion-based. However, the first academic textbooks to be used en masse were the 18th century New England Primer and the 19th century McGuffey Reader. The New England Primer was a reading guide that sought to develop children’s reading skills and comprehension by using select texts from the Puritan bible. Meanwhile, the McGuffey Reader was a textbook that included lessons in phonetics, mathematics, and theology, and was used to help students attain a more holistic education that wasn’t entirely based on religion.

Did Ancient People Have Vocational Schools?

Not exactly, the ancients had a master-apprentice system that involved an aspiring artisan living and working closely with a master craftsman. In medieval Europe, this became a widespread practice for most people who were involved in some form of artistic discipline (e.g. painters, philosophers, writers, etc.) or some kind of vocational job (e.g. carpenters, stone masons, etc.) that required them to learn hands-on from an experienced teacher.

In those days, an aspiring artisan would first learn all the basics of their craft from a local tradesman. Then, the artisan is encouraged to go out and travel and seek out other masters to learn from. During this period of their learning, the artisan is known as a ‘journeyman’, and he is encouraged to live, work, and be as close to his master as possible. Once the journeyman learns from a specific master, he is given a written certificate, kind of like a diploma, which he can then use to prove his abilities to the next master that he learns from. Over time, and after learning from several masters, a journeyman can approach his local trade Guild, where he is tested by other masters in his craft. If the journeyman passes the test (usually by creating or crafting their obra maestra or master work), he is then conferred the title of Master, and can then pass on his knowledge to other journeymen or take on apprentices of his own.

So the next time you ask if college is harder than high school, just remember: the medievals had it worse!

Facebook
Twitter
LinkedIn
PrevPreviousWhat are Latin Honors and Do They Really Matter?
NextThe Teachers’ Lounge: What Do Teachers Do in the Summer?Next