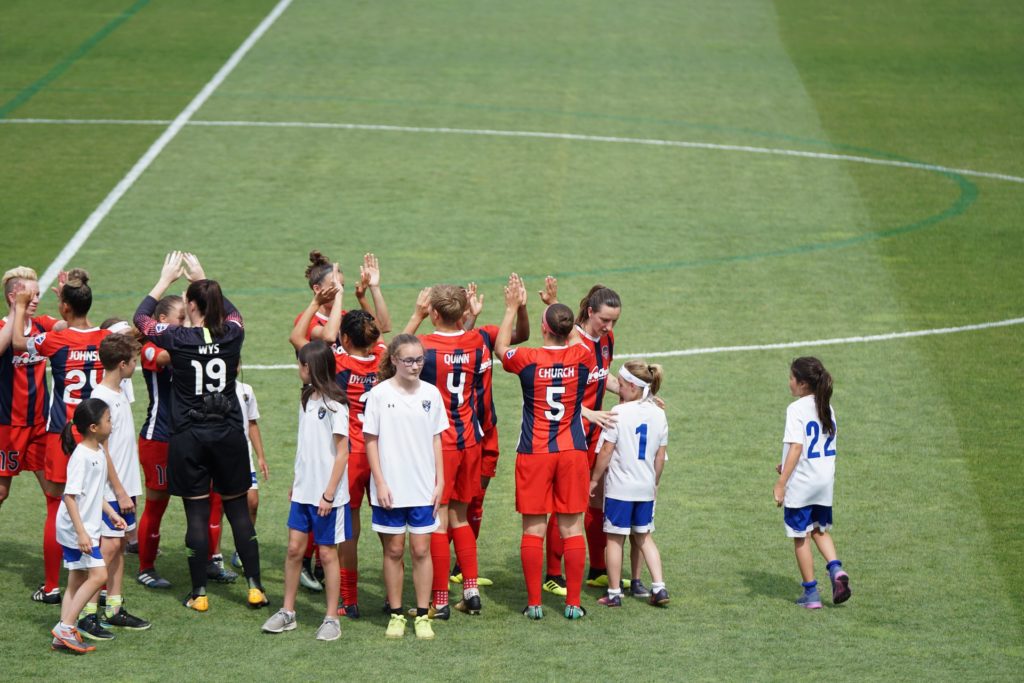 The Big Leagues: JV vs. Varsity

What do you get after high school other than a diploma? Memories, sure, and of course, friends. But if you’re an athlete, you have the opportunity to get your name memorialized on a trophy or a plaque, if you’re good. High school sports can be tough, and rightfully so: it’s good preparation for the collegiate level, and it’s a great place to start building healthy athletic habits that will prepare you for a professional sports career, if that’s your thing.

But even now, people still make the mistake of belittling jv, with many students, when given the choice between jv vs. varsity, will opt to wait until their senior year before trying out. This is wrong, and here’s why:

JV refers to junior varsity. In this sense, the word ‘junior’ is used to describe both the age and ability of the players. But this doesn’t mean that junior varsity players aren’t talented: most jv teams will have the same stringent entry requirements as varsity teams, and will usually only choose the cream of the crop of applicants.

Normally, high schools will take students from 9th and 10th grade to play and train in the JV level, although some of them might stay in the JV level until they’re in senior high, if their skills don’t improve. However, the latter is quite rare, as many jv players eventually become varsity players once they reach senior high.

Varsity refers to the varsity team of a school, depending on the sport.This means that they represent their school in national and international sporting events of that level. Varsity players are often the best of the best in their athletic field, and are chosen from the student body through tryouts. Many varsity players come from the junior varsity teams.

In most schools, varsity players aren’t just subjected to very high standards of entry, but they’re also held to high academic standards for them to stay on the team. The idea is that the academic abilities of varsity players must match their superior athletic abilities, so that they can become a holistic model student.

Many varsity players in high school end up being scouted for college teams, with some even getting scholarships in certain universities for their performance in their chosen sport.

Why is JV Important?

Yes, college is harder than high school, but without high school, you won’t get into college. This, I believe, is the same for varsity: you need to go through JV if you want to prosper in the varsity level.

Of course, it’s a common dream of athletes of any level to be the MVP, or be responsible for the winning goal. But you have to remember: you’re playing a TEAM sport, and any goal you make, winning or not, is only possible because of TEAM effort. I’ve coached varsity football for 20 years, and I can tell you that you see a lot of the ‘athletic superstar’ mindset in senior high players who never played JV.

JV players, though, they know how to make a team win. Yes, personal glory and honor is great, but they also know that being part of a winning team is more important. Now, I’m not saying players who didn’t go through JV are all glory-hound divas, some of my best players over the years were picked during their senior year, but I’m just saying, don’t knock the jv. They are talented, they are smart, they are team-players, and if you’re a freshman looking to become the next Michael Jordan or Terry Bradshaw, I suggest you play jv. Here’s why:

I’m going to be honest with you: being in jv can sometimes make you feel ignored. And it makes sense: when you enter jv, you’ll be just about entering your teens, while the varsity players, most of them seniors, are going to look like giants compared to you. Their physical size and athletic experience are also going to completely overshadow anything you might bring to the table.

But if you look beyond your insecurities, you’ll see that many of these players have become leaders. If you play for jv, you’ll learn how to follow good leaders, the kinds of decisions good leaders make when they’re under pressure, and how good leaders treat their teams. And guess what: because you know what good leaders are like at an early age, it’s going to be so much easier to fill that role once you’re called to varsity.

Only a select few are born to leadership, but what people don’t know is that leadership is a skill that needs to be cultured and refined. And if you start your leadership training in jv, you’re going to have a team of people willing to follow you to the ends of the earth once you become a senior.

The most negative mindset I’ve heard about jv is that it’s the place where people who aren’t good enough to play varsity are placed. Nothing can be farther from the truth: yes, jv players may not be as good as varsity players yet, but they’re being trained to be.

Stop thinking of junior varsity as the “B Team” and start thinking of it as a training ground for champions. Varsity is a tough place, and if you’re not prepared for it properly, you’re going to wash out faster than you can say ‘first down’. JV is the best place to start, because it allows you to practice and learn and become tough, all without the pressures of losing a championship game. JV coaches are tough, but they’re not harsh, so they’ll know when to turn up the heat on their jv players, or when to take it easy when they’re struggling. You’re not going to get that in the varsity level, because your coach expects you to be used to pressure by now.

And the best part? JV helps you develop your own personal style, build a relationship with your team and hone your teamwork. It’s the best place to forge relationships with people who are going to have your back when the opponent starts piling on you, it builds the trust you’re going to need when you make a 50-yard pass to a teammate you can’t actually see, and it’s the place for you to prove yourself to other players who might look to you to lead them to victory.

Don’t belittle jv, it’s just as important as varsity, and I highly suggest you go through it if you want to be a great athlete!

Facebook
Twitter
LinkedIn
PrevPreviousDitch the Bad Reasons: Here are Better Excuses to Not Go to School
NextIs There School on Columbus Day? A Guide to Public School HolidaysNext