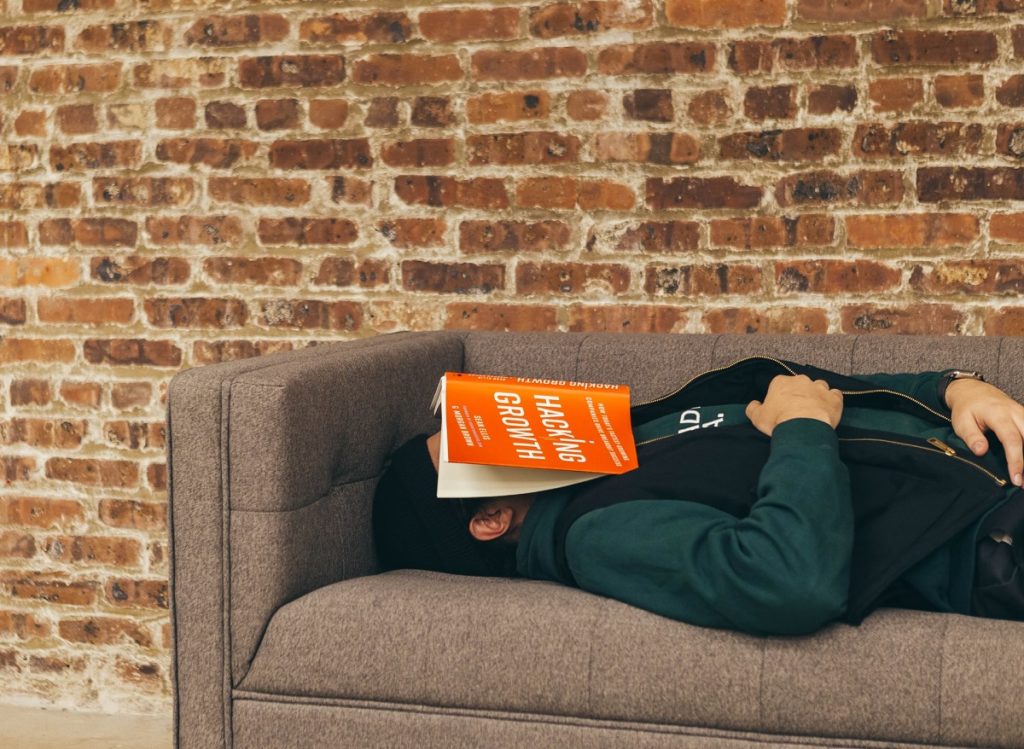 Sleeping Students? Here’s Why You Should Cut Them Some Slack

It’s almost a cultural trope: sleep-deprived college students walking around campus like zombies carrying sackfuls of books and readings and all the other accoutrements of college life (and that’s just for one class!). Anyone who’s gone through that and made it to the other side of graduation look back at those times fondly (albeit with mild anxiety), with a lot of people even thinking that it was character building.

For professors and teachers, however, seeing a sleeping student in class can be annoying, with some terror profs even acting as if dozing off in a lecture is a war crime. And, in some cases, that annoyance is justifiable: after all, you’re in class to learn, not to sleep.

But spare the rod for now, teachers. According to studies by the American Sleep Association, 35% of American adults suffer from sleep deprivation, with that number increasing as the age goes down. That’s right: the youth of our nation are lacking the proper amount of sleep, and in some cases, suffer from pretty severe sleep disturbances, and it’s not just because they’re bad students.

But for most students, the problem doesn’t lie with any particular medical condition, but rather, unhealthy sleeping habits that prevent them from falling asleep at the right time, or habits that interrupt their sleep cycles.

Sleeping Student? They Might Be Suffering from Sleep Disturbances

Aside from medical issues, what exactly triggers sleep disturbances? Well, the answer is: pretty much anything that could disturb your sleep. It can be as simple as a loud noise or a bright light, or the presence of foreign substances in your system. For some people, improper diet or excessive/lack of exercise could also trigger sleep disturbances. Basically, it’s subjective to the person suffering it, but for student, there is one common denominator: school stress.

Whether you’re a model student or a straight B student, school stress is no joke: a study by the American Psychological Association found that roughly 45% of teenagers around the country suffer from some form of school stress. For college students, this becomes worse with the added pressure of papers, lectures, and life after school, not to mention the pressures of socializing and taking part in various extracurricular activities. Substance abuse, whether alcohol, drugs, or even just caffeine, can also mess with a student’s sleep cycle. All of these could trigger sleep disturbances, which in turn, can lead to unhealthy sleeping habits which can lead to more serious health conditions in the future.

It also doesn’t help that professors and even parents encourage school stress, belittling student’s concerns and telling them to just shrug it off or convincing them that it’s normal. In reality, however, the importance of proper sleep cannot be overstated: sleep is vital to mental and physical health, and keeps your brain sharp and functioning at optimum levels. A chronic lack of sleep will lead to various mental issues, including exhaustion, lack of focus, irritability, impaired judgment, and just generally hindering you from your studies.

As bad as it sounds, avoiding sleep disturbances is actually easily preventable, and there are a number of ways students can take to combat lack of sleep. The first step, however, is identifying the problem: what exactly is keeping you from sleeping? Is it schoolwork? Too much partying? Anxieties over the future? Emotionally disturbing events? Identifying the root cause of your sleepless nights will go a very long way to determining how you can fix your sleep patterns and develop healthy habits that will help you fall (and stay) asleep.

Next, it’s best to take proactive steps when trying to sleep: if you’re a light sleeper that is awakened by the slightest sound or light, wear earplugs and invest in some heavy blinds. Try using a white-noise machine as some studies says this helps some people fall and stay asleep. Here are other healthy sleeping habits you can cultivate so you can stop being called the ‘sleeping student’ in class:

It’s also important to create a sleep environment that is conducive to good sleep. Avoid any device that emits blue light (that includes your smartphone and laptop), as this type of light disrupts your body’s natural circadian rhythm. Keep your room cool, as scientists have found that an average temperature of 60-67F is the most conducive temperature to sleep in.

And finally, address your emotional and psychological issues early on in the day. Nighttime should be dedicated to relaxing and trying to sleep.

Despite a student’s busy schedule, it’s still possible to create healthy practices that encourage proper sleeping habits without having to sacrifice either your academics or your social life. Practice sleeping only when you are drowsy. If you find yourself bored in the middle of the afternoon, don’t nap. Instead, use this time to talk to your friends or to read a book for leisure.

If you’re having a hard time falling asleep or staying asleep, try to do a relaxing activity outside your bedroom. Remember: your bedroom should only be used for sleeping (and sex, if you’re of legal consenting age), as this helps your brain associate the two with one another, making it easier to fall asleep in the future.

Facebook
Twitter
LinkedIn
PrevPreviousYes, Steve Jobs Was a Dropout. No, You Shouldn’t Drop Out
NextFraternity Initiation: What It Is, Why It’s Important, And Why People Have a Problem With ItNext