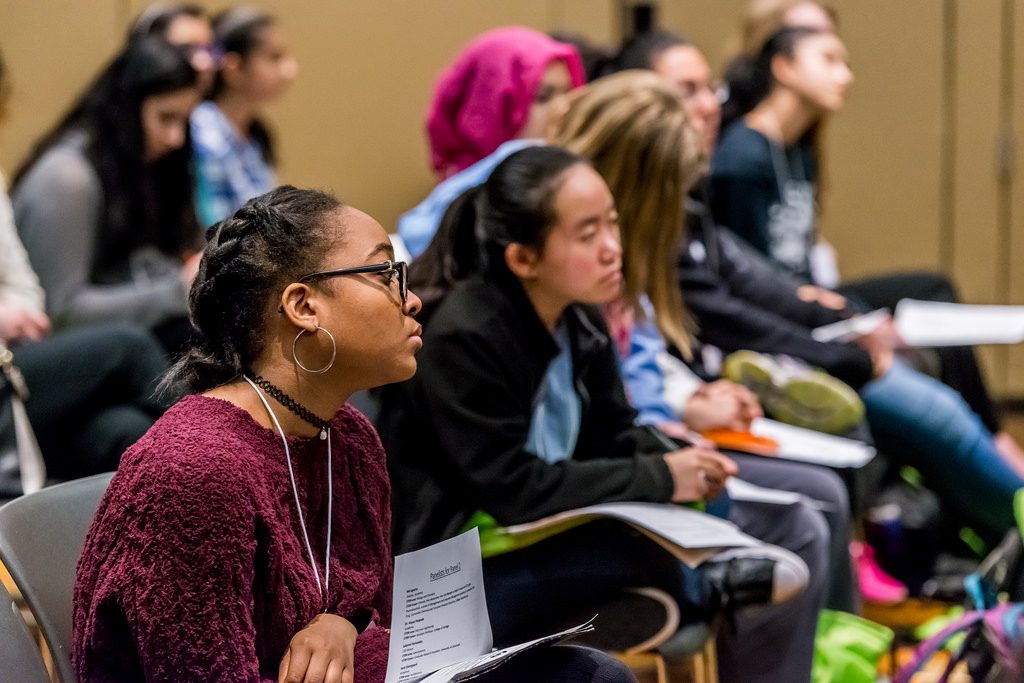 Kid Geniuses: Inventions from High School Students That Are Changing the World

Teenagers get a bad rap: a lot of the times, society sees them as selfish, narcissistic, moody creatures who are more concerned about the latest gossip and videogames than spending their time on more productive endeavors.

However, these teens not only destroy that stereotype, they’re building a better image of teenagers from the ashes. The inventions these teens have created are not only cool, they’re also capable of revolutionizing the whole tech industry.

In some developing countries around the world, access to clean water and electricity can be difficult, which is why people in these areas try to save on both as much as they can. Remya Jose, a 14-year old high school student from India, devised a way for her community to conserve water and electricity while keeping their clothes clean (and, of course, making her chores easier!).

While traditional hand washing in the nearby river was, by far, the cheapest way to clean clothes, Remya felt like she could do better. By using recycled bicycle parts and a bit of engineering know-how, she was able to create an appliance that used no energy, kept you fit, made your clothes clean, and saved on time. All in one device!

Despite Kenya’s recent economic growth, there are still some underdeveloped areas in the African country. One such place is Maseno School in Kisumu County. Although the school had over 700 students living in its dormitories, the hygienic conditions were far from ideal: defective sewage systems meant that the dormitory had no indoor plumbing, which meant the use of pit latrines for all 700 students.

Not only did this affect the morale and health of the students, the barely-maintained makeshift bathrooms threated to contaminate the local water supply. Luckily, the school taught its students well: star pupil Leroy Mwasary, along with 4 of his friends, decided to do something about this. Using what they learned in science class (along with some help from the internet), they developed a way to convert the waste from their pit latrines into usable, sustainable, and ironically, clean biogas.

In just a few years, Mwasary and his friends started Greenpact, a company that seeks to push clean energy and biogas to communities who still lack adequate sanitation infrastructure. That’s one heck of a science project!

Keep Your Loved Ones with Dementia Close

Dementia is a terrible disease that, unfortunately, affects many people in their senior years. One symptom of the disease is aimless wandering, which can be dangerous for people living with dementia as they can wander into oncoming traffic or make them fall down the stairs.

One student from New York, 15-year old Kenneth Shinozuku, decided to help. After watching his grandfather suffer from the terrible disease, Kenneth created a warning device that consisted of coin-zed wireless sensors strapped to a person’s feet. When a person with alzheimer’s gets up in the middle of the night, the wireless sensors detect the change in pressure and alerts family members or caregivers via an app on their smartphone.

Called the SafeWander, the invention won Kenneth a cool $50,000 the Scientific American Science in Action Award at the Google Science Fair.

Cleaning Up the Ocean

With over 20 billion tons of plastic waste polluting our oceans, it seems like a daunting task to clean it all up. However, 19-year old Boyan Slat, is up to the challenge.

Using a system of floating booms and processing platforms, Boyan Slat’s ocean cleaner concept can effectively collect floating plastic in the ocean without harming fish or plankton. The collected plastic can then be brought to shore, where it can be repurposed or recycled. Looks like Aquaman has a new best friend!

During her studies, 17-year old Australian student Cynthia Sin Nga Lam learned about how tens of millions of people in the developing world are still lacking clean water and electricity, due to poor government infrastructure and the sheer remoteness of some of these communities. Not content with just reading about problems, Cynthia decided to come up with a solution

She decided to tackle clean water and cheap energy in one go. To do this, she used all of the skills she learned in high school and came up with the H2Pro, a revolutionary device that cleans the water and generates energy at the same time. The device uses the power of photocatalysis, which is the use of light in order to encourage chemical reactions. Photocatalysis sterilizes the water, and in the process, releases hydrogen which can then be harnessed for energy.

Her invention was one of 15 inventions that made the Google Science Fair’s finalist for 2014.

According to the World Health Organization, around 285 million people in the world suffer from some form of visual impairment. To help them navigate their way around, braille lettering is used on various things such as stoplight posts, elevators, and even newspapers. However, braille letters need a special kind of printer in order to be printed out, and this can be expensive.

In order to help save the industry a lot of money, 13-year old Shubham Banerjee decided to create a DIY printer that is 1/10th the price of a regular braille printer. Using a Lego Mindstorms EV3 kit and about $5 worth of equipment from Home Depot, Shubham created the Braigo V1.0, a braille printer that can be built from scratch.

Shubham’s invention got the attention of Intel, who is interested in investing on the teen’s invention. Thankfully, more and more companies are seeing the value of DIY inventions like the Braigo!

Door Handles That Clean Themselves

One of the most overlooked places for bacterial contaminations are door handles. Although brass door handles have anti-microbial properties, sometimes it’s not enough. In order to solve this solution, teenagers King Pong Li and Sun Ming Wong from Hong Kong created a bacteria-killing door handle using chemistry and light.

Their device consists of a titanium oxide-coated clear glass handle with a UV LED light inside. The UV light activates the titanium oxide, killing about 99.8% of known viruses, germs, and bacteria from the handle.

Despite the cool and high-tech look of their invention, the entire thing only costs $13. A small investment for health!

If this is the future of our society, then we can all rest easy knowing that our tomorrow is in good hands. Not only have they found a way to make other people’s lives easier, they’ve done so in a way that is sustainable.

Do you know of any teenagers with awesome inventions that could change the world? Leave us a comment below and get these kid geniuses in the spotlight!