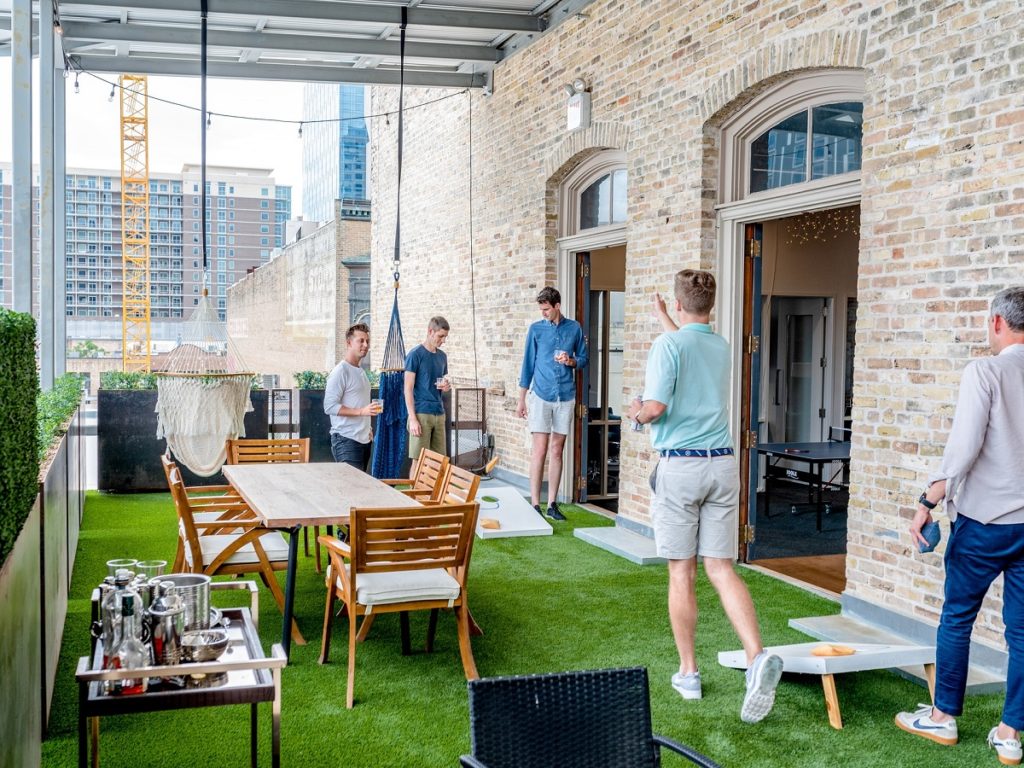 Fraternity Initiation: What It Is, Why It’s Important, And Why People Have a Problem With It

One of the most exciting parts of the American college life is the Greek-Letter Organizations. These organizations, known as fraternities for boys and sororities for girls, are closed social clubs that allow students to fully engage in social activities, while enjoying being taught certain character-building values and systems. In fact, some people even believe that being part of a fraternity or sorority is essential in becoming a model student.

What is a Fraternity Initiation?

A fraternity initiation is any type of ritual (which may involve hazing) that pledges must go through in order to be formally accepted into a fraternity. These initiation rites differ per fraternity, and while some can be goofy, or highly symbolic, some fraternities might take it a step further and involve humiliation, psychological torture, or even, physical violence.

Most fraternity initiation rituals are kept secret, with only full-fledged members and pledges being initiated having access to details. There are plenty of whistleblowers who claim to be ‘spilling’ the secrets of various fraternities, but naturally, the fraternities in question will deny the claims, and will often disavow their whistleblowing member.

Prior to initiation, pledges will often undergo hazing, which is often designed to teach potential students the ins-and-outs of the fraternity, from particular fraternity cultural norms to specific codes, rituals, and value systems. To the rest of the campus, these activities are often viewed as humiliating, with pledges being subjected to physical and mental agony in the presence of upperclassmen and their future fraternity brothers. Naturally, fraternities will often claim that these are activities are ‘necessary’ to foster a sense of humility and brotherhood, a shared experience that they can all laugh about once the fraternity initiates the pledge.

Why is a Fraternity Initiation Important?

To the fraternity, having potential members undergo the same experience as they did when they were pledges is an important part of their concept of ‘brotherhood’. Ostensibly, every fraternity’s initiation rites are designed to teach their pledges their organization’s value system, culture, and of course, respect for and within members of the fraternity.

The initiation process usually starts with a period of hazing, where fraternity brothers test the dedication of prospective pledges via a series of tests. Often, these ‘tests’ are supposed to teach the pledges values like brotherhood and humility, but in reality, many fraternities use this as an excuse to bully freshmen in a quasi-legal manner, as many universities around the country do allow a certain amount of leeway to greek-letter fraternities when it comes to their initiation rites (it also helps that many of the people who decide the legality of these things are almost-always also fraternity brothers or sorority sisters themselves).

Once the pledges ‘prove’ themselves worthy, they are then taken to the fraternity initiation ritual. Again, each fraternity will have highly specific, symbolic, and often highly secretive rituals that only full brothers are aware of. It’s hard to say exactly what the rituals are like for every fraternity, but it does involve some form of oath-swearing to the fraternity, where every potential member is sworn to both secrecy and loyalty, as well as a final form of hazing, one that involves a more extreme version of the hazing the pledges went through prior.

After the intitiation, the pledges graduate into full brothers of the fraternity, enjoying all the rights and privileges of their society, and being recognized as an equal by their brothers.

Why Do People Have a Problem with Fraternity Initiations?

Of course, sometimes these initiation and hazing rituals done by bad students cross the line, and people get hurt. Many schools and universities around the country have started restricting fraternity activities, and in extreme cases, even shutting them down. Stories of violent, even deadly, fraternity initiation rites are myriad, with students and universities citing some very violent and abusive practices of certain fraternities.

Some fraternity initiations can involve physical torture, the commission of a crime, and in some rare, but sadly present, cases: these actions go beyond the control of the brothers in charge and a pledge will actually die. In fact, hazing deaths are increasing at an alarming rate all around the country, and many law enforcement agencies, in cooperation with universities, are actively monitoring fraternity initiations to ensure that it is safe.

Not all fraternities are violent, of course, but it’s unfortunate that the small percentage that is abusive are the ones getting media attention.

Facebook
Twitter
LinkedIn
PrevPreviousSleeping Students? Here’s Why You Should Cut Them Some Slack
NextIs College Harder Than High School? Well, Not ExactlyNext